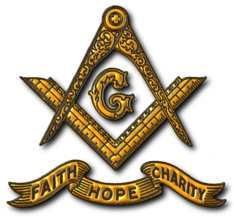 In the fall of 2009 Cedric Lewis (Past Grand Master of the Prince Hall Grand Lodge of Mississippi), a starch National Compact mason, was brought to Rockford via his occupation as an Accountant. Upon arriving he made acquaintance with several Masons from various jurisdictions (not Compact). The national and local economy were about to collide with a recession unlike any since the great depression. Unbeknownst to Cedric there were many men, mostly transplants to the region that were interested in freemasonry, and as Divine Order has it, Cedric became acquainted and befriended a number of the interested and some others, already members of the Order.

Having been in church one Sunday, Cedric heard a sermon entitled “Let Your Light Shine’" which inspired him to do what had been eating away at him for 2 years. Cedric contacted brethren beholding to the Compact Grand Lodge of Illinois and asked for their assistance in organizing a lodge in the city of Rockford, Il. On September 24, 2011, the Master Builders Masonic Lodge was organized and placed Under Dispensation (UD) with the following officers appointed;

Other members of the UD lodge were; Ronthel Payne, Vernon Hilton, Tremayne Clardy and Earl Dotson, Jr. In December of 2011, MBML sponsored a ‘The Social’ to raise money for the Northwest Community Center. The theme for the evening was ‘A Celebration in Support of a Social cause’. Approximately 200 attended the affair, and this also served as an official introduction of MBML to the community. In the spring of 2012 Craig Stallings joined the fold just as Master Builders was entering its first class of initiates.

In the summer of ​2012, MBML sponsored a series called Empowered Aspiration which targeted youth between the ages of 12-21 to discuss their goals, and to provide a framework of achieving said goals with successful men from across the spectrum facilitating forums, and small talks with the young men. This also provided a mentoring opportunity for the members of MBML. Following this rich day in the lives of the youth, MBML conferred the 3rd degree on their Alpha class, to wit; Tawane Burks, Bryant Moore, Derrick Wash, Jason Williams, Mark Adams and Tim Nabors.

In August of 2012 MBML sponsored the ‘Social II’; its purpose too was to raise money for a local community center. The second Social was not as successful, it having to compete with local back to school activities and the start of the high school football season. Unmoved by this anomaly, MBML went onward in its Masonic quest for excellence. MBML was asked to participate in the parade during a local affair entitled the ‘Black Family Reunion’ to which they happily complied. The purpose of this affair annually is to get school aged children geared up and excited about returning to school. Two Masonic lodges participated in the parade.

In January 2013 MBML unanimously voted to accept its second class of initiates. Master Builders Masonic Lodge’s door is open to all men of good moral character who have a belief in God, and recognize the Higher purpose of serving mankind. The teachings and mysteries of Freemasonry are timeless and spiritually cultivating. MBML also fellowships with all Masons of Prince Hall descent, and those who trace their lineage back to the British Isles.